Turns Out, Segregation Is Not So Bad After All –... 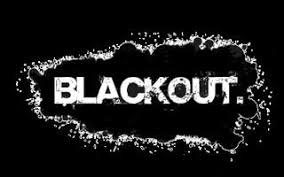 Do you remember how humanity has come to realize that segregation and discrimination based on the racial background might be a bad idea through history?

The good ol days when we seem to be fighting that segregating people based on color is a pretty horrible thing to do?

Okay. Scratch that, it probably is not a bad idea after all.
At least, not according to far-left progressives in the street of Seattle.
This group, which seems to be majorly made up of teenagers and young adults seem to be winding down the clock on almost every racial progress made in history.
In a video taken inside CHAD, protesters ran an autonomous progressive zone in the wake of the #BlackLivesMatter protest. There seems to be a segregated zone called ‘Black Out’ mean as an exclusive black zone within the community.

Here is this video:

The best part of this Black Out Zone is that it appears to be run entirely by white people who formed a ring around the zone and decides who gets in and out.

That is a super-irony that refuses to register with these kids whose heads seem not to be out of their a** yet. The problem with segregation isn’t inherently in the separation of people according to race, but the power dynamics of who runs the system.

It appears today that in the progressive sensibility, nothing has changed. Segregation is still necessary for the pursuit of the ‘progressive’ agenda, and as it seems, the power dynamics are still the same as it has always been.

There are still many white people who control a given area and take liberty in establishing for the black people where they are to stay.

The only difference is, we shudder and are ashamed of these practices when we remember them through history. Today, we seem to have this strange idea that it is progress.

The romanticization of racist elements seems to be a new way to eradicate racism.

Don't have an account?
sign up
Back to
log in
Back to
log in
Shares Share on Facebook Share on Twitter
Choose A Format
Personality quiz
Series of questions that intends to reveal something about the personality
Trivia quiz
Series of questions with right and wrong answers that intends to check knowledge
Poll
Voting to make decisions or determine opinions
Story
Formatted Text with Embeds and Visuals
List
The Classic Internet Listicles
Countdown
The Classic Internet Countdowns
Open List
Submit your own item and vote up for the best submission
Ranked List
Upvote or downvote to decide the best list item
Meme
Upload your own images to make custom memes
Video
Youtube and Vimeo Embeds
Audio
Soundcloud or Mixcloud Embeds
Image
Photo or GIF
Gif
GIF format